possessing the qualifications appearing in the Notification for the recruitment to the post of Sports officer of the Western Provincial Ministry of Sports.

i. Should have passed the General Certificate of Education (Ordinary Level) Examination in 6 subjects in one

sitting with credit passes in Sinhala/Tamil/English Language, Mathematics and Ordinary passes in two other subjects.

ii. Should have followed and passed a Diploma Course of not less than one year conducted by the National College of Sports.

The application of persons who have not fulfilled qualifications specified in the Notification will be rejected. The originals of the documents in support of qualifications should be produced at the Viva Voice Test. It is compulsory that every applicant has fulfilled all qualifications relating to this post, in every respect, on or before the last date for accepting applications.

Issuing admission forms should not be considered as completing basic qualification for the post.

It is revealed at any time before making the appointment that any applicant does not posses the qualifications his candidature will be cancelled. After the appointment in the event of knowingly producing erroneous information or the correct information has been willfully he/she will be dismissed from service. 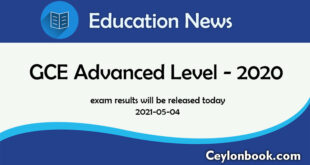