Vacancy  Details  – Provincial Public Service of Western Province
Applications are called from citizens of So Lanka who have qualifications for the following post.

APPLICATIONS are invited from permanent residents of the Western Province who have fulfilled the required qualifications to fill the below vacancy.

Applications should be prepared according to specimen application supplied here with and should be sent through
registered post to reach me before 31.09.2017.

Applicants who are already on the Government/Local Government service should forward their applications
through Department Heads.

Educational Qualifications .– Should have passed G C E (O/L) examination with 06 with two credit passes in not
more than two sittings (should pass 5 subjects at one sitting).

Professional Qualifications.– Have obtained National Vocational qualification, minimum level 5 as recommended
by Territory and Vocational Education Commission for the relevant post and experience in the relevant field for not less than 06 months. (Should prove through certificates)

Physical Qualifications.– Every applicant should be physically and mentally fit enough to discharge the duties of
the position and serve in the Western Province Local Government Service.

Age.– Minimum limit : Not less than 18 years for the closing date for applications.

Scheme of Recruitment.– Basic qualifications and physical fitness will be examined at the structured interview.
Recrutments will be made according to the results obtained here.

Conditions other than the common conditions mentioned in the Procedural Rules of the Western Province Public
Service Commission.–

Definitions other than the definitions mentioned in the procedural rules of the Western Province Public Service
Commission :– 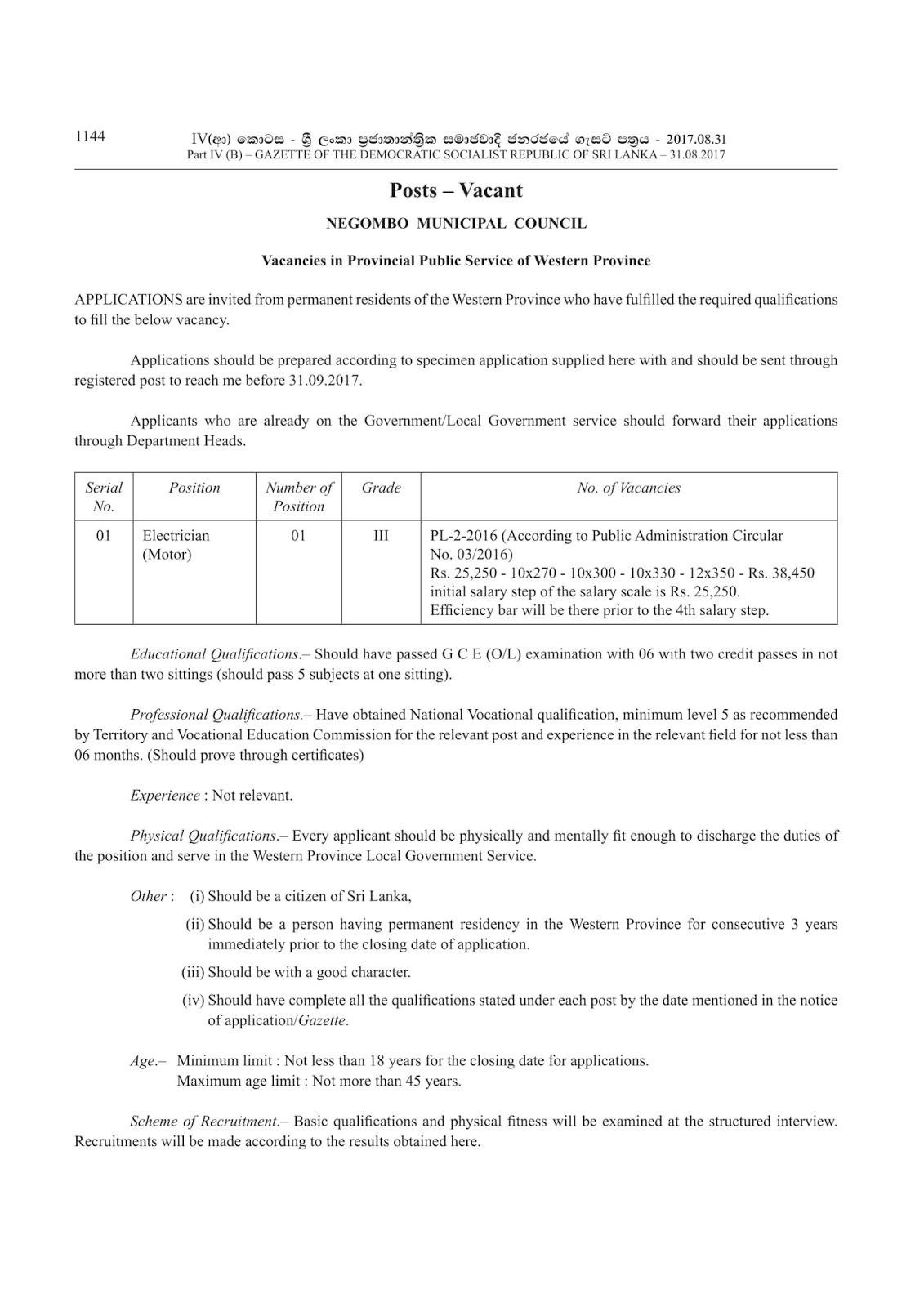 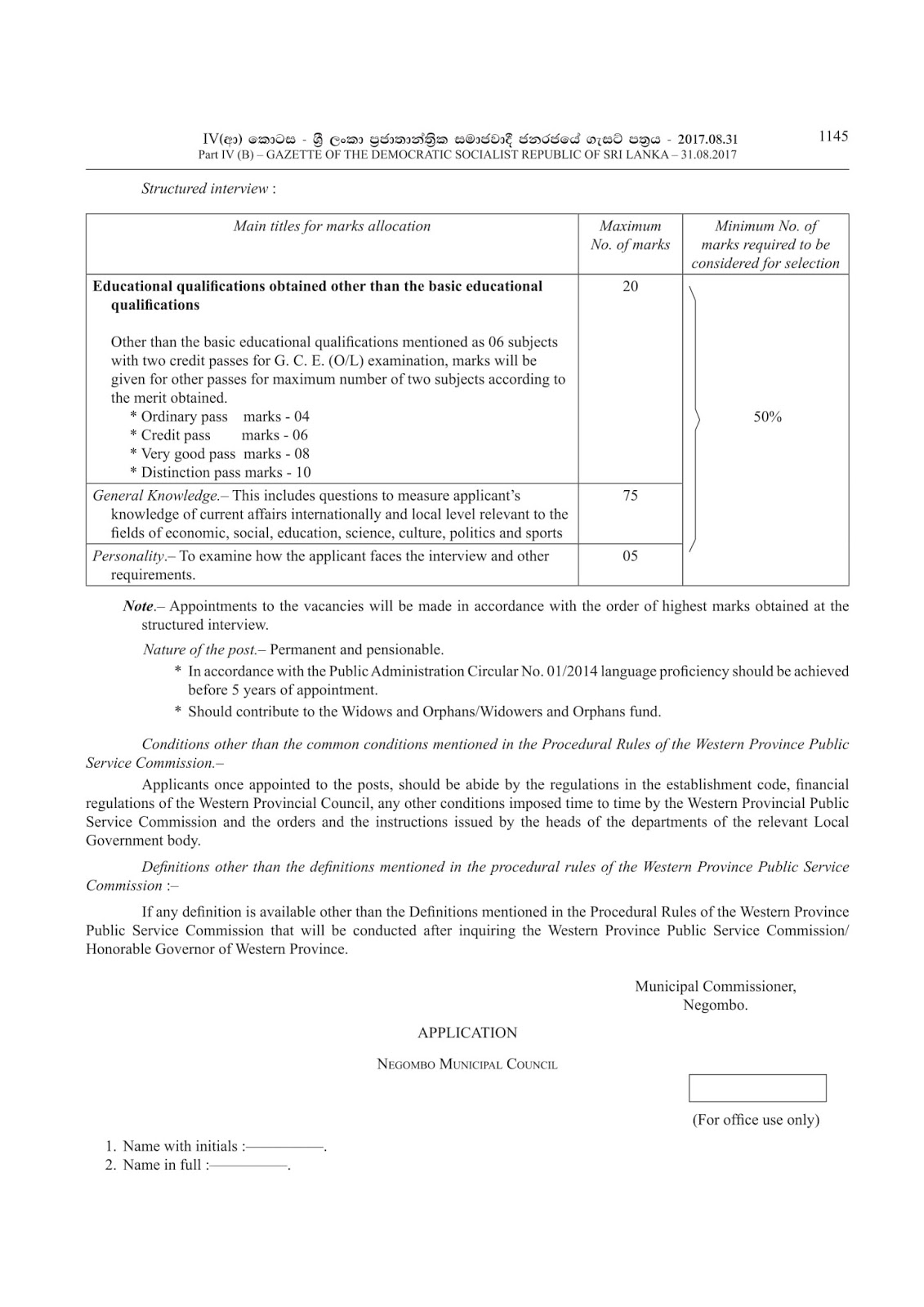 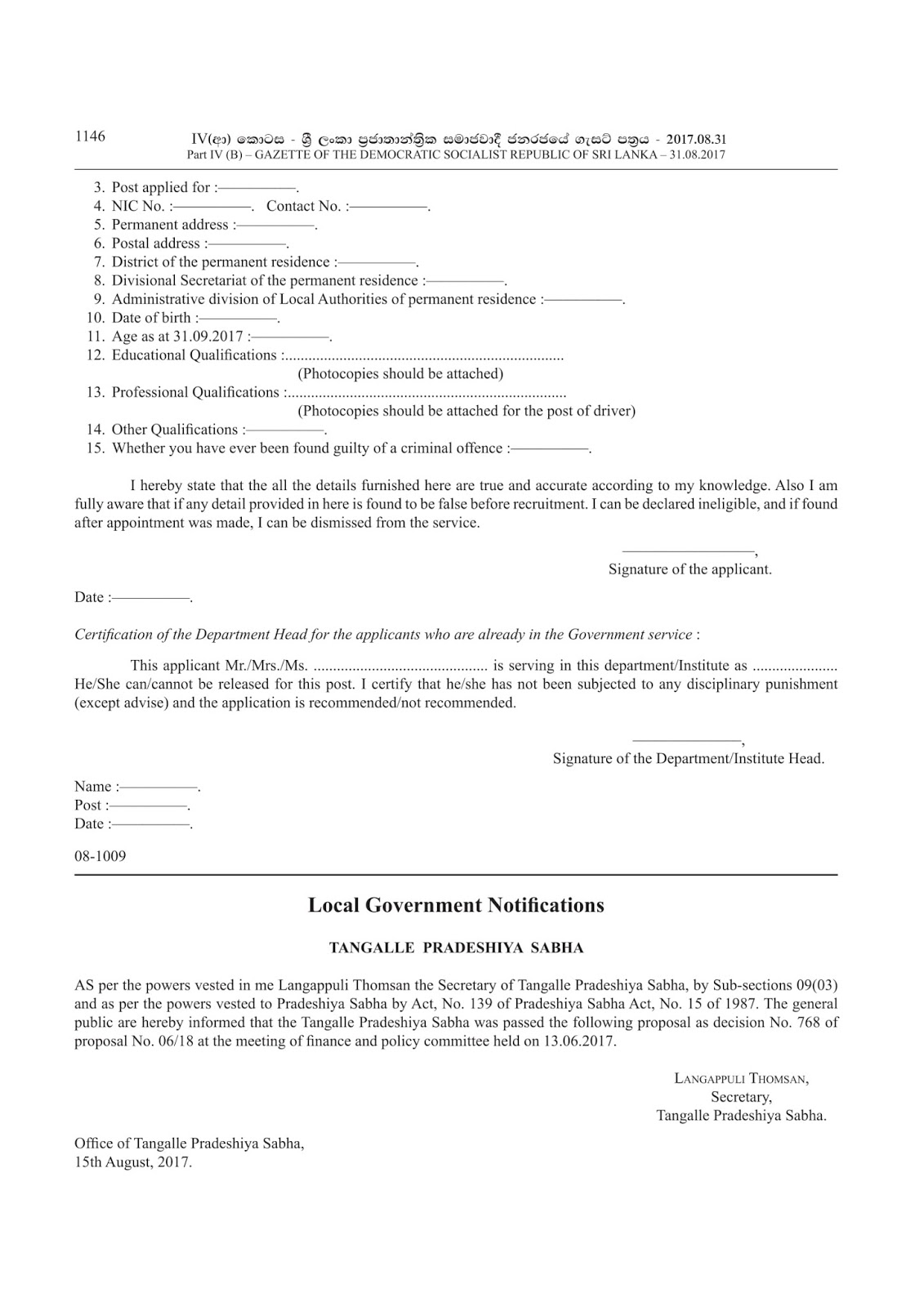